It is no secret I am a sucker for Will Ferrell in almost anything. And though "Get Hard" was probably the worst movie he has ever been in, I am going to celebrate his GOOD movies in a top five countdown.

Okay, so this movie is debatable. Some people love it and some people hate it. I often hear the comment that Will Ferrell was just trying too hard. I don't necessarily disagree with that statement. All I know is I really enjoyed it and laughed a lot when I saw it in theaters the first time. It doesn't hold up very well after the first viewing, but it is funny enough to make my list. It does not work as a sequel to the great original "Anchorman" movie, but on its own it works. I love that it alienates so much of the audience when the story takes some weird turns. The whole "blind in a lighthouse" turn is very funny to me.

Not even Mark Wahlberg's terrible acting could ruin this hilarious film. In fact, it only makes the movie funnier. The movie trailers do not do the movie justice. I went into it thinking it would be terrible. But it turned out to be a great action comedy and number four on my top five list.

Honestly, the first time I saw this movie in theaters I was not that impressed. But over time it really grew on me. It doesn't make much sense why I didn't care for it the first time. I was probably just in a weird mood. John C. Reilly and Sacha Baron Cohen are almost as funny as Will Ferrell himself. The film has a great cast who goes on to star in many of each other's future films.

"Anchorman" is not just a movie, it is a legend. It is certain to stay classy for generations of comedy fans to come. It's science.

"Step Brothers" is not only Will Ferrell's best movie, it is also one of Hollywood's best movies in general. Ferrell and John C. Reilly have such a great comedic chemistry it is impossible not to love them. And if you happen to not love this movie I would definitely go get your brain checked out by a specialist right away because you are dumb.
Posted by Ry Guy No comments:

Premieres and Finales for Spring 2015

Apart from the first two episodes, this has been a really good half-season of The Walking Dead. There are a lot of great Rick moments which are really all that I care about. My friend and I watched the scene of the most recent episode where Rick says "I don't... Care" about ten times. It is by far the best moment of the season. Rick is going crazy and I love it. The ninety-minute season finale airs next Sunday. Of course it won't really last ninety minutes when you calculate commercial time. As long as Rick doesn't die and Carl stays in the house I will be satisfied. Any of the other characters are welcome to be killed off. Just don't f--k with Rick Grimes. You hear me, Pete? You alcoholic bastard.

The ninth season of Trailer Park Boys will be released on Netflix this Friday. I am hoping it is as good as the last season. It looks like it is going to be pretty f--ked up. Maybe I will get trashed on dirty sassy swish when I watch it.

And that's all she wrote!...
Posted by Ry Guy No comments:

I went to Planet Comicon today and got to see my old friends Michael Rooker and Scott Wilson from The Walking Dead. The four hour trip was worth it. We had been a part for too long. 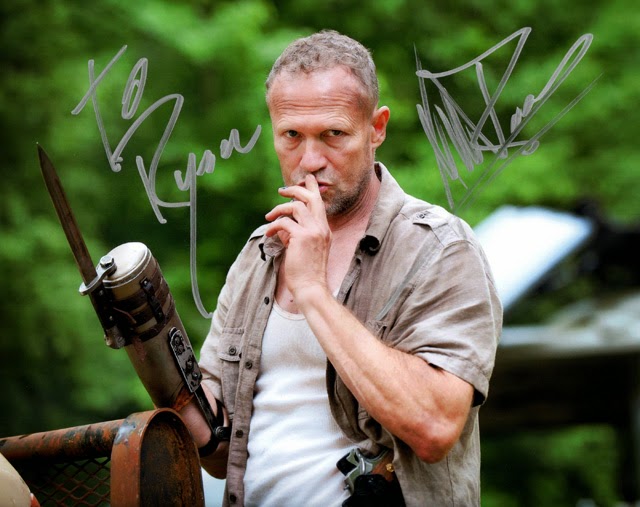 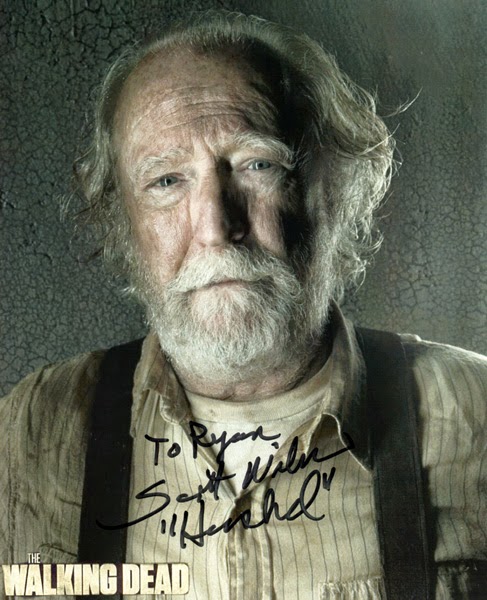 Here are some high-definition screen captures from "Trailer Park Boys: Don't Legalize It". There are more on the way. Stay tuned. "Love you guys."