With 2013 coming to a close, I decided to do a quick recap of the year's very few highlights. 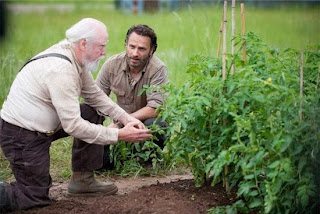 The Walking Dead says goodbye to two of its greatest characters, Hershel Greene and The Governor, in its mid-season finale. The series leaves us wondering what will happen to Rick and the gang after they are separated during the prison attack. 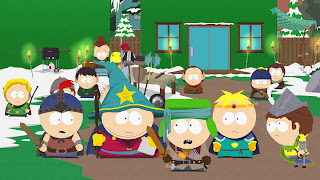 South Park returns with ten new fun-filled episodes for its seventeenth season on Comedy Central. Highlights include parodies of "World War Z" and Game of Thrones. 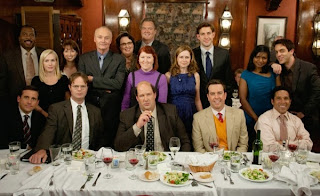 The Office bids a final farewell after nine hilarious seasons on NBC. 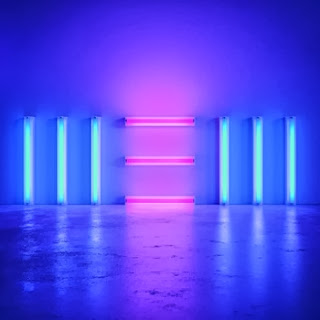 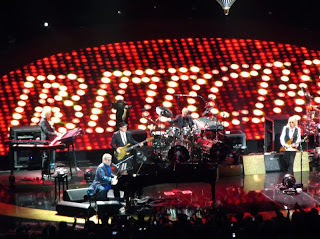 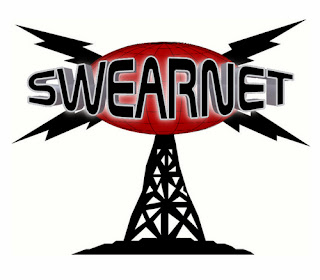 The Trailer Park Boys continue to bring laughs in their new SwearNet business venture that launched early this year. The website delivers buttloads of fucked up videos and even a funny as fuck full-length movie that will hopefully be released to a wider audience in 2014. SwearNet also plans to let loose the eighth season of the hugely popular Trailer Park Boys in the year to come. "Anchorman 2: The Legend Continues" stays classy in one of the best movie sequels in history. This film was not afraid to alienate half of its audience and for that I applaud it. The more fucked up the better, I always say.

I have never been a fan of movie sequels. There are very few of them I can think of that have actually worked out well. But of course when I heard they were finally releasing a second “Anchorman” movie I could not help but drool and shit my pants a little. Not a huge shit by any means, but still a shit. Luckily, a huge shit came after I saw the film. I was literally laughing so hard farts were falling out of my ass the entire two hours. I am not even joking. Is this healthy? Should I see a doctor? Because “Anchorman 2: The Legend Continues” really loosened up my bowels. My friend ripped a few as well and said he heard the people behind us say “it smells like shit.” I’m going to blame that on a fart combo power-up between the both of us.

There were so many great moments I don’t even know where to begin. Well actually, yes I do. My favorite part was when the John C. Reilly war ghost was sucking souls out of people during the climactic final battle. Apparently it was so funny I started clapping. I also sounded like an idiot chuckling (yes, I said “chuckling”) at Will Ferrell’s lines when his news team visited him at his lighthouse. And finally, I don’t know how, but I was the only one laughing my balls to a shrivel when Ferrell kept repeating “black” to his new “African and American” boss. Most of the audience members were stupid teenagers who don’t even understand the beauty of innocent racist jokes. I live in a small redneck town so there were not any blacks in the audience. And even if there were I would have laughed without feeling awkward. White teenage guys are fucking morons.

I admit there were moments near the end of the film where they were pushing it so far I was like “what the fuck”. But it did not take long for me to accept it for what it was; complete randomness in a hilarious ass Will Ferrell movie. It is possibly his best movie since “Step Brothers” in 2008.

Very few things in the film did not work. The only one I can think of that really bothered me is Kanye West. His acting was absolutely terrible. And I am not just saying that because I hate Kanye West. He was awful. I could even accept Will Smith who I hate almost as much. The actor who played Ron Burgundy’s son was also god awful but I can forgive him because he is just a dumb little kid who knows nothing about the world. I guess Kanye West’s mind works the same way though. He only made it big because he sold his soul to the devil. The last thing that bugged me was James Marsden’s character Jack Lime. Not because his acting job sucked, but because it reminded me too much Wes Mantooth. I will accept a few unoriginal moments in this wonderful movie though, even when Ron turned blind from a skating accident. What is important is that it was funny. And god damn, was it ever that.

I can only recall seeing two or three movies all year. I saw no other films worth paying eight dollars for besides “Anchorman . But I can safely say that it is the movie of the year. I hope it gets all the acclaim and money it deserves. I give my thanks to Will Ferrell, Adam McKay, and the returning cast of the original “Anchorman”.

Lastly, if you have constipation issues go see this movie on a daily basis. It will clear that feller right up.

My friend and I went to see Sir Elton John in concert last night at the Chaifetz Arena in St. Louis, Missouri. He performed for three solid incredible hours with classic hits like "Rocket Man", "Philadelphia Freedom", "Tiny Dancer" and "Candle in the Wind". The concert ended with Elton John dedicating "Your Song" to the audience and a fantastic encore of "Crocodile Rock". I uploaded some photos from the show for your viewing pleasure. 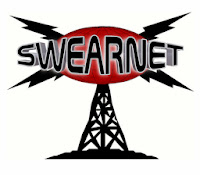 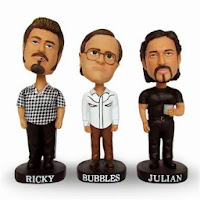 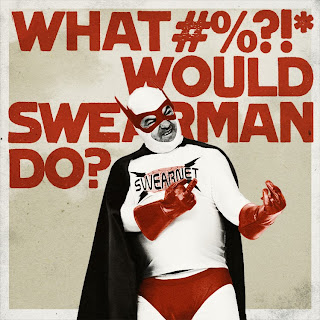 Hangin' with the Trailer Park Boys


My friend Draper and I went to over the weekend to meet the Trailer Park Boys at a fan screening of “Swearnet: The Movie”. We were excited as fuck to hang out with our heroes, even if it meant a seven-hour ride on the shitty Mega Bus with tons of obnoxious fucks.

After the screening of the movie the Trailer Park Boys were so fucked up on liquor I was afraid we drove all that way and wouldn’t get an autograph and picture with them. Luckily, Draper suggested we butt in line, so we did.

The first thing I did was walk up to Patrick Roach (Randy) and put my arm around him for a picture. He was too intoxicated to be very friendly with me and it didn’t help that I was nervous. He rather oddly looked at the picture I wanted him to autograph, but went on to say “I’ll sign it” to Mike Smith (Bubbles). I’m not sure what he and Mike were going on about and I doubt they would remember anyway.

When I reached Bubbles he was leaned against the wall with his head down, fucking drunk out of his mind. I gave him my photo to sign and tried to talk to him but he was too smashed to really know what was going on. It was actually kind of awesome, though I wish I had gotten to talk with him.

Next we tried taking another picture with the guys. It was not easy because they were all so drunk and wandering about. I had no idea how to pose for the photo because it happened so fast and ended up doing the dumbest thing possible. 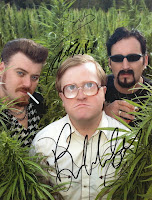 Next I walked up to John Paul Tremblay (Julian) to get an autograph. I have to say, Julian was cool as fuck; even cooler than he seems like he would be. He was like “how’s it going, man?” and we shook hands like brothers do. He asked if I had a pen so I handed it to him. He thanked me for coming out to see them and I thanked him as well, making sure I told him how awesome he was. I told him thanks as he handed my photo back and he said “no, thank you, man!” Robb Wells (Ricky) and I made eye contact and he walked up to us. I told them we drove seven hours to see them. Ricky thanked me and said “that’s awesome!” Finally, I got the balls to say that I’ve been watching their show for a long time. They said “that’s great!” and that they had some awesome stuff coming out next year. I nervously spouted out that I can’t wait for season eight. Ricky signed my photo and I patted him on the shoulder and said “see ya later, Ricky”. Then we parted ways. 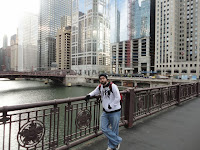 I wish I could have hung out with them longer but there were way too many people waiting in line. Overall, it went pretty smoothly and was a great experience meeting my heroes. I am glad that I wasn’t a super annoying fan like most of the rest. Draper and I were just two real dudes looking to meet our favorite television stars. We did it. accomplished. It was a long trip but well worth it. I am actually sad the trip is over. We owned that city for one night. The only thing I don’t miss is being cramped up on shitty ass Mega Bus for hours at a time. Fuck off, Mega Bus, you greasy ass bastard.

Thanks to Robb Wells, John Paul Tremblay, Mike Smith and Patrick Roach for a memorable night that went down in the books. It was truly a night for men to be men.