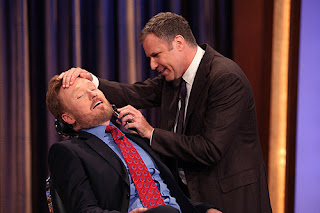 I admit it. I stopped watching Conan a short while after the amazing Beard-ocalypse episode. I am not really sure why. It is probably just because I don't watch much TV and I don't like scheduling myself to watch it Monday through Thursday every week. But Will Ferrell was hilarious in Conan's beard shaving showdown. And Conan is still pretty great too.
#4: The Office I am a huge fan of Steve Carrell, but The Office was really starting to get bad after season five. I almost stopped watching it. But after Carrell left the show really rejuvenated itself in season eight. I think it forced the writers to start working harder again. Andy makes a great boss and there is something that soothes me about James Spader's voice. He makes a great addition to the cast. Also, Will Ferrell's guest appearances were pretty amazing (and I am not a fan of celebrity guest appearances).
#3: Beavis & Butt-head 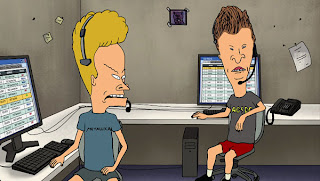 2011 marked Beavis & Butt-head's triumphant return to television. I always hate when shows go off the air and return years later. For some reason it never works. It sure as hell didn't for Family Guy. But it actually works for Beavis and Butt-head and I think that's because they are timeless characters. There were some moments in the new season that really made me laugh, like Beavis talking about his mom trying to lose him in an IKEA store. I also enjoyed them insulting the Army. That was pretty great. Welcome back, bungholes.
#2: The Walking Dead 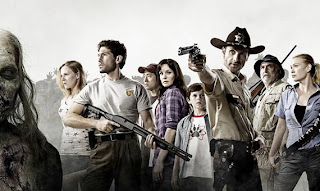 I just started watching The Walking Dead this season. I'm glad I was introduced to it, and I don't even really like zombie movies. The writing and cast are great. The mid-season finale even caught me off-guard, which rarely happens. I can smell surprise endings a mile away. I am ready for more new episodes so that good times can be had by all. Dale fucking rocks, Shane blows cocks.
#1: South Park 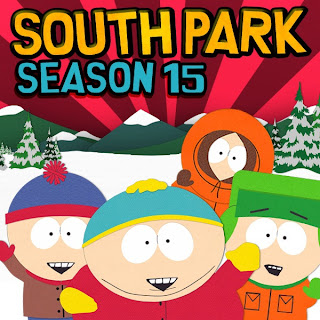 I know, I know. South Park always makes #1. But this time it is for the episode "You're Getting Old". It was probably one of the best episodes they've had in years. It reminded me why I love the show in the first place. It almost seemed like the series was going to end soon, but it was recently picked up through season twenty. Kind of crazy if you ask me, but I will take it.
- Ryan
Posted by Ry Guy