I was lucky enough to grow up in the 1990's during the silver age of animation. Great traditionally animated cartoons were constantly playing on television. It was very different from today, because all they play on TV these days is crap. One of my favorite cartoons growing up was Tiny Toon Adventures. Sometimes the animation was great, depending on the studio that was animating. TMS and Startoons were my favorite animation studios. Kennedy Cartoons turned out the worst animation and got fired after the first season. TMS and Startoons both went on to animate for Animaniacs and Pinky & the Brain, two other great shows in their own right. Looking back, Tiny Toons was not as great of a show as I thought it was when I was a kid. Looney Tunes animation director Chuck Jones referred to the characters as his "retarded step-children". That pretty much wraps up the show in a nutshell. But compare it to what is on today and it is pure gold. I'm still waiting for them to release the second and third seasons on DVD but it will probably never happen. Nonetheless, I have posted some screen captures from Tiny Toons below. Look for character specific posts sometime in the future, including my favorites: Plucky Duck, Furrball and Calamity Coyote. 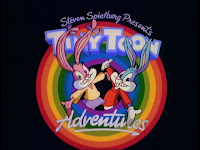 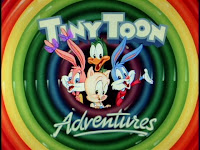 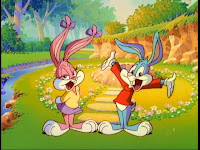 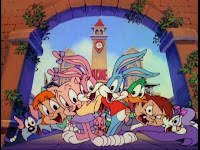 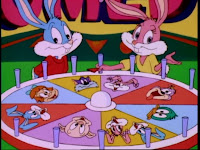 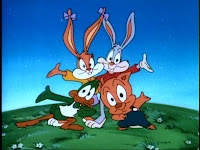 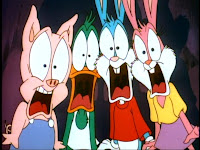 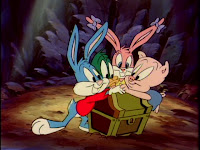 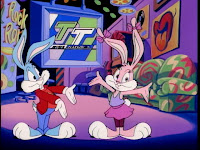 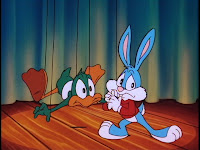 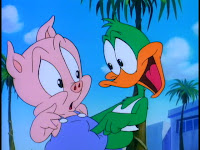