The Many Deaths of Kenny - Season 5

Season five is the final season in which Kenny dies regularly. He stays dead of a terminal muscular disease at the end of the season and doesn't return until the very end of season six. I like to assume Kenny still dies every week, we just aren't fortunate enough to see it happen. His deaths in season five lack the creativity of the past seasons. Trey and Matt just grew tired of killing him off so now they only kill him when they feel like it. It is understandable, though I would think they'd enjoy the challenge of coming up with new ways to kill him. I still enjoy when they slip a Kenny death into the occasional episode.
Episode #501: "Scott Tenorman Must Die"
Dies from laughing at the videotape of Cartman dancing like a little piggy. 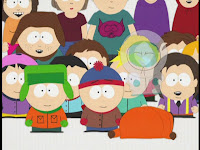 Episode #502: "It Hits the Fan"
Pukes up his internal organs after coming down with the Black Plague. 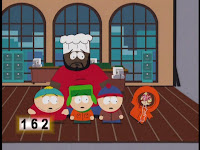 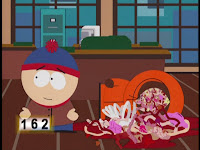 Episode #503: "Cripple Fight"
Gets swooped up and carried away by a giant eagle at the press conference after the court case. 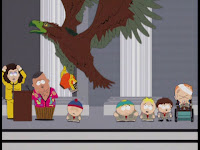 Episode #504: "Super Best Friends"
Drowns in the shallow reflecting pool in front of the Lincoln Memorial. 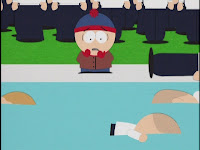 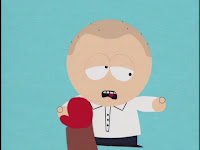 Episode #505: "Terrance & Phillip: Behind the Blow"
Kenny almost dies when the Earth Day organizers keep hacking his limbs off in their effort to threaten the children. 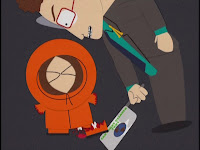 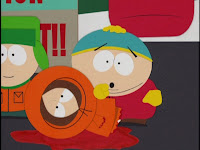 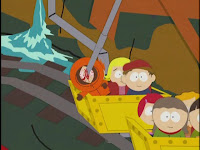 Episode #507: "Proper Condom Use"
Gets killed by a boomerang that Bebe throws. 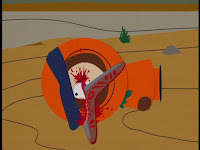 Episode #508: "Towelie"
Falls into a pit of molten metal in the aftermath of the Tynacorp explosion. 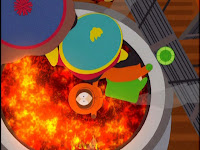 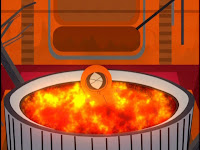 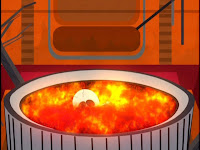 Episode #509: "Osama Bin Laden has Farty Pants"
Bombed by the U.S. Air Force while in Afghanistan. 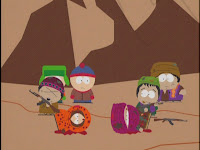 Episode #510: "How to Eat With Your Butt"
Run over by a motorcycle while crossing the street. 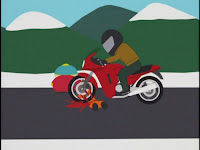 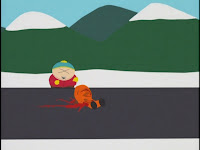 Episode #511: "The Entity"
Mistaken for a terrorist, Kenny is shot by airport security for carrying toenail clippers. 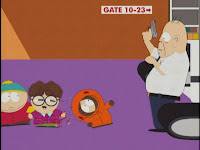 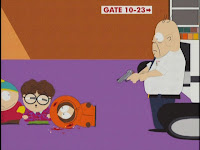 Episode #512: "Here Comes the Neighborhood"
Kenny lies dead on a sled the boys are pulling, but the cause of his death is not revealed. 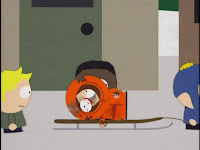 Episode #513: "Kenny Dies"
Dies of a terminal muscular disease while in the hospital. 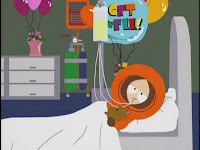