I'm not ashamed to say that I am an emotional wreck as we near Rick Grimes' final episode of The Walking Dead. I have been watching Rick's apocalyptic adventures for eight years and it feels like I am losing a beloved member of my family. This is the first time I have ever been so attached to a fictional character. It is kind of odd, I know, but I cannot deny my feelings. Now I understand how Carl fans felt when he was killed off the show. It is going to be rough next week and I will be in tears for sure. I already teared up from this week's episode.

I am a man of few words these days but I wanted to do a tribute to Rick Grimes and Andrew Lincoln the only way I know how: with photos and videos from over the years.

My goodbye video to Andy Lincoln as Rick Grimes. 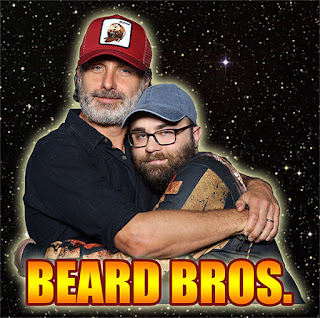 "Everything's gonna be all right," says Andy Lincoln as I lean in for a hug at Walker Stalker Atlanta 2017.

"Spicks and Specks" - My favorite Rick Grimes moment from The Walking Dead. 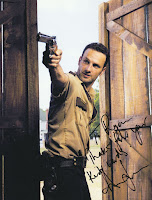 Of all my autographs, these two are my favorite. I wrote a letter to his office in the UK back in 2012. He sent me back these incredible autographs, wishing me a "stubbly" 2013 after I said how much I admired his stubble beard. What a great guy to take the time to read his fan mail! 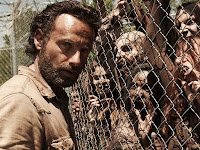 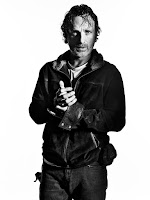 Some of my favorite Rick Grimes photos.

Another great scene of Rick Grimes from The Walking Dead. 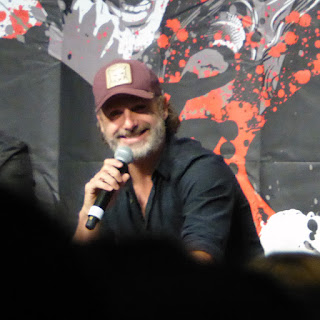 A photo of Andy during his panel at Walker Stalker Atlanta 2017.

And finally, this is how I feel that Andy is leaving the show...
Posted by Ry Guy