Tom Green never went away. It has just gotten harder to find him since his days as MTV's biggest and still funniest star. The comedian has been a pioneer on the internet for years, exploring new methods of creating talk shows and showcasing his humor around the world. I recall his first live internet show from the early 2000's filmed in his own home along side his pet parrot Rex Murphy. The idea was revolutionary enough to bring back memories almost as fond as the times watching him on TV and the big screen. You had to be there and aware enough to see how the internet was changing. I never knew it would become such a scary thing, but Tom Green seems to have seen it coming all along and features technology as a reoccurring topic in his stand-up. The scariest part is everything he says about it is true. We are seeing stupidity at an alarmingly high rate these days. Unfortunately, we are all a part of it. Not just the really stupid people. Technology runs our lives. If that doesn't scare you then you do fall into the stupid user category.

We should all have a love/hate relationship with technology. If you are going to use it, use it wisely. For example, do NOT whip out your cell phone in the middle of Tom Green's stand up act. We all have the urge to start taking pictures when we encounter a celebrity. I am guilty of it in the right setting. But perhaps that is not even quite as ridiculous as texting on your phone during a show you paid to go see for entertainment. I have been with friends who whip out their phones at comedy clubs. It is rude and embarrassing. So when you take out your phone at a show be prepared to get a new asshole torn. Even if it is from someone as friendly as Tom Green.

The good news for all of you who don't abuse your phone power is Tom Green is currently touring, and being a long-time fan I was excited when he came to the Funnybone in St. Louis last night. I can honestly say it was the funniest stand up comedy show I have been to. He throws in just enough funny audience improv to make the whole show feel like the jokes weren't even written in advance. I held in my pee because I didn't want to miss what he was going to say next. My bladder eventually felt like it was going to explode so I caved in. Long story short, visit TomGreen.com to see if he has a gig near you. If you get lucky maybe you will even bump into him using Periscope. I am not going to explain what that is. Use your precious internet Wikipedia technology to find out. 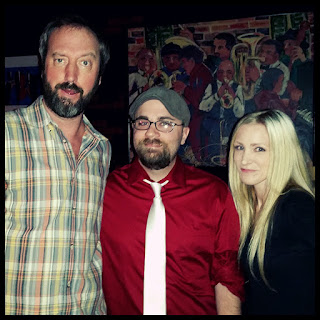 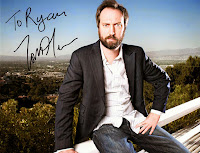 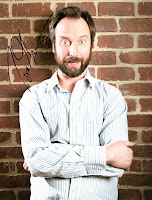