The Best of South Park

In anticipation of the upcoming seventeenth season of South Park, I have made a list of the best episodes from each season. This was not as easy task. I was surprised by some of my choices. Hopefully you will be as well. Or not. Either way, I don't really care. These are my choices so fuck off, hippie. 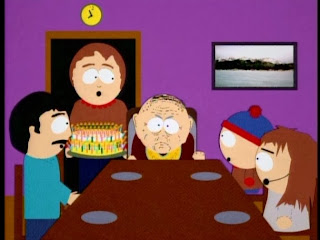 "Death" was the first episode of South Park I ever saw in 1997. I have never laughed harder during any other episode, or any other television show period. Stumbling across it on an unknown network while staying at my grandpa's house is still one of my favorite memories. In particular, I remember my grandpa walking into the room and saying, "It is good to hear you laughing again". My life was never the same after this introduction to South Park. 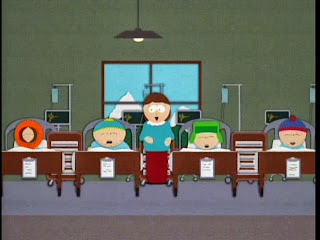 "Chickenpox" is still one of my favorite South Park episodes of all-time. Calamine lotion, ass cancer and an old prostitute named Frieda. Who could ask for a better time? 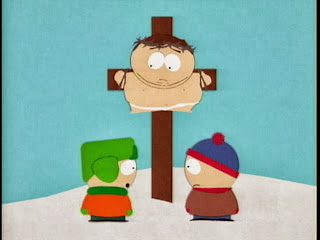 "Spontaneous Combustion" was my very favorite South Park episode for a long time. I am not sure if it still is my favorite, but it is definitely in my top ten. You haven't truly lived until you have seen Cartman being crucified and Mr. Mackey farting in a pink bonnet. 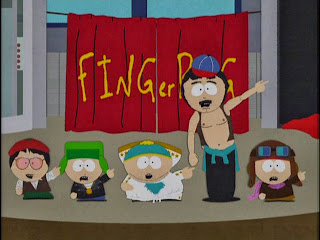 "Something You Can Do With Your Finger" really finger banged its way into my life. My favorite moments are Ike flipping off Cartman, Randy bashing his head against a glass cabinet and the mall manager telling Cartman his video is dumb. 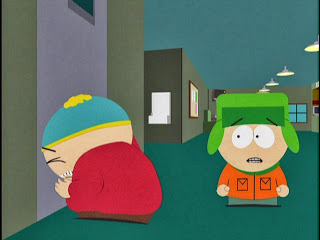 "Kenny Dies" is perhaps a strange choice but I have a strange sense of humor. I love all the super serious moments in this episode. But my favorite moment is when Chef explains to Stan why people die. And I can't go without mentioning all the dead fetus jokes. I love me some dead fetus jokes. 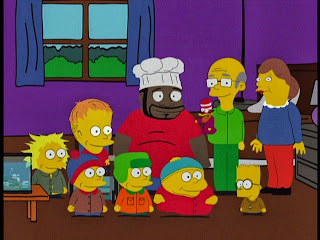 Season six was tough to choose from, but I believe my favorite episode is "Simpsons Already Did It". This episode had a different feel in the way the story was set up. Everything said about The Simpsons is also true. Thanks to The Simpsons being around so long pretty much every story has been done. Though South Park has certainly gone places The Simpsons would never dare and has stayed fresh much longer. 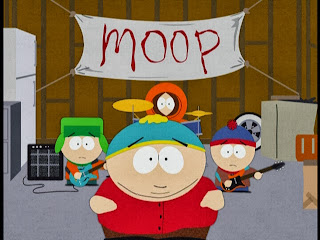 "Christian Rock Hard" is another one of my very favorite episodes. I love Jesus jokes. Any time someone makes fun of Jesus I can't help but laugh. Christianity is so dumb it needs to be made of more often. I admit I was even shocked when Cartman said "fuck Jesus" on television. This was at a time when nothing on the show shocked me anymore. Well done, Trey and Matt. Well done. 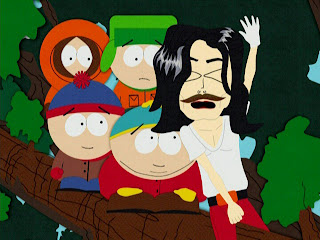 Everyone loves a good Michael Jackson joke. But this episode of South Park really took it in a different direction than I expected it to. There are so many great moments in this episode I don't know where to begin. But I will start and end with Blanket pulling off Michael Jackson's nose. 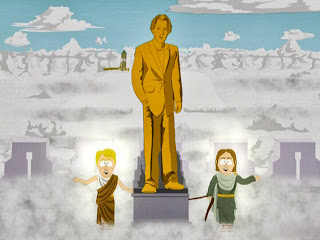 "Best Friends Forever" is an Emmy award-winning episode, but more importantly, it's a Ryan award-winning episode. In case you didn't know, there is no actual Ryan award. But if there was I'd give it to this episode. Personally, I never followed the Terri Schiavo case because I didn't care. But I really love the ending where they give Kenny a Keanu Reeves statue. 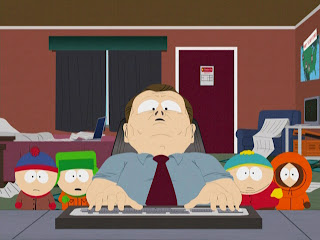 "Manbearpig" is obviously not an award-winning episode. But it is incredibly stupid. Most of my favorite episodes are incredibly stupid. But this one probably takes the cake. I used to love Al Gore jokes back in the day. So when they finally made an episode about him I was pretty stoked. And yes, I am "super serial". 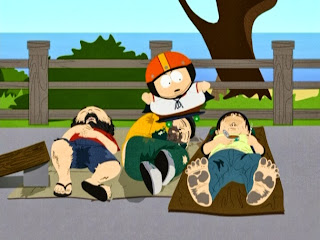 Season eleven of South Park was not that memorable for me. But I loved the zombie movie parody in "Night of the Living Homeless" with homeless people begging for change. This was another stupid episode that I love. It also happens to be a dream of mine to jump over homeless people with a skateboard. I pretty much am Cartman these days. 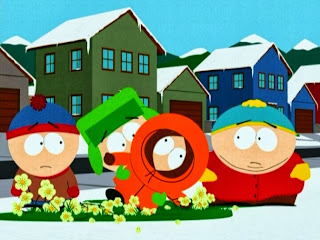 "Major Boobage" was an amazing parody of the film "Heavy Metal". Why they decided to spoof such a terrible unknown movie is beyond me, but it totally worked. Cartman hiding all the cats in his attic was hilarious. I always love when Mr. Kitty is in an episode. Gerald and Kenny fighting in the sandbox with their clothes of was also pretty great. Overall, just a great memorable episode with lots of titties. 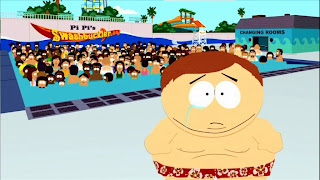 "Pee" had more of an old school South Park feel to it. That is why I love it. Poop and pee jokes are the best. They are untimely. I love it when the monkey and Randy get peed on. But what I really love is racist Cartman. Cartman is at his best when he is full-blown racist. It is nice to see him ripping on something besides Jews for a change. "My Waterpark" is possibly one of my favorite South Park musical moments. 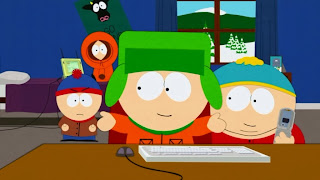 Anything making fun of Facebook is wonderful, which makes "You Have 0 Friends" the best episode of season fourteen. Facebook really does suck you in just like the episode suggests in its "Tron" parody. But my favorite moment is probably Cartman seeing everyone jacking off on Chat Roulette. I really think this episode is Emmy worthy. 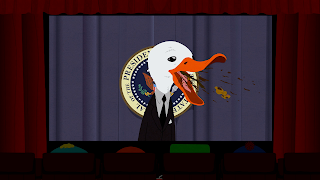 "You're Getting Old" is probably the best episode of South Park since season three. It is funny AND emotional. I really feel for Stan in this episode as he sees the world for what it really is: shit. Maybe I love it so much because I relate to it so well. Everywhere I look I see a fucking turd. There is so much great stuff in this episode I don't know where I should begin. Okay, I should definitely begin with Duck President. And I will end with "shitting his britches". 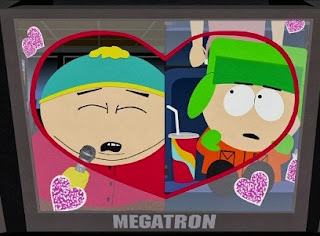 "Cartman Finds Love" is a brilliant masterpiece filled with more Cartman racism. The best part is the episode tries to cover up the racism. I love racist Cartman so much. But my favorite part is when Cartman sings to Kyle at the Denver Nuggets game. The fact that Cartman would pretend to be gay just to make sure two blacks stick to their own race is priceless.