In 2008 and 2009 I had the opportunity to be mentored by Disney animator Joe Haidar at Webster University. He has worked on countless films, including "Who Framed Roger Rabbit", "Aladdin", "Pocahontas", "The Lion King", "Home on the Range", "Looney Tunes: Back in Action", "Alvin and the Chipmunks" and his own award-winning independent project "Animated American". He was a really great teacher, unfortunately I am not a great student. He taught me a lot but I was not talented enough to put it into action. Oh, regret. You run my life. Anyway, he is a really cool guy. I wish I had half of his talent. His rough sketches are ten times better than my finalized ones. So I decided to post some sketches he did while teaching me. 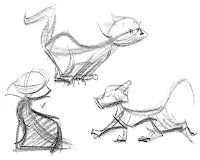 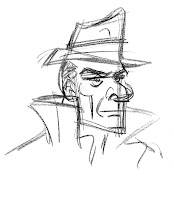 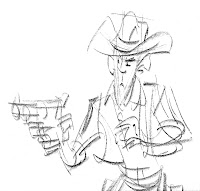 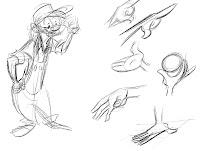 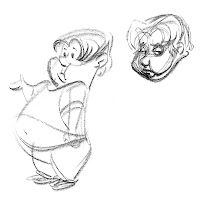 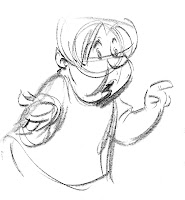 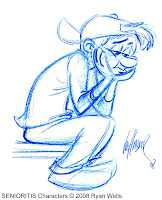