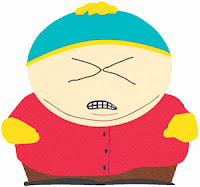 Eric Cartman (voiced by Trey Parker) first appears in season one, episode one of South Park. He is a selfish, fat, foul-mouthed brat who is spoiled rotten by his single mother Liane. The other kids like to pick on Cartman for being overweight, to which he explains "I'm not fat, I'm big-boned!" He loves his cat Mr. Kitty and his pot-bellied pig Fluffy but not as much as chicken potpie. Cartman thinks he is God's gift to the world and that everyone owes him something. He will lie, cheat, or steal to get whatever he wants. At the end of the season Cartman becomes troubled by the absence of a fatherly figure in his home. Dr. Mephesto does a DNA test to find out who his biological father is. In season two, Cartman is disturbed to learn his father's true identity. 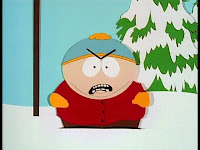 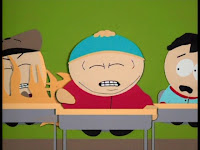 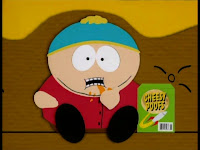 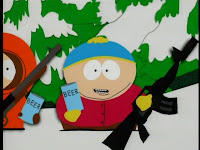 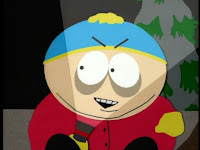 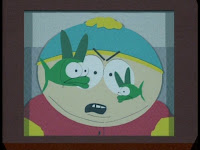 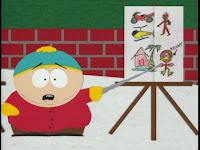 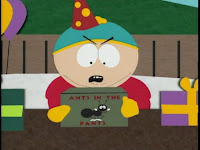 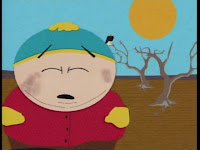 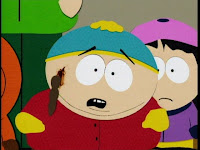 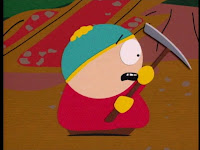 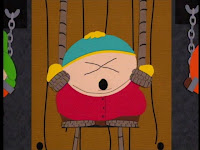 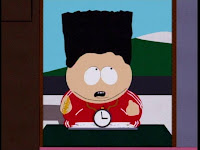 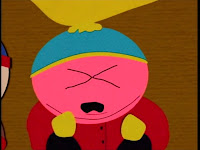