Chef Jerome McElroy (voiced by Isaac Hayes) first appears in episode one, season one of South Park. He is the soulful elementary school chef and football coach who sings songs to the boys about making sweet love down by the fire. The boys frequently turn to him for advice when they are in trouble. Whether it be aliens, zombies, mutant turkeys, or Barbara Streisand, Chef is always quick to offer his services. Chef is a world class love maker and can lure any woman into his bed, so long as they're not a lesbian. Season one is the season of Chef as he appears in every single episode. The character slowly drifts out of the spotlight in later seasons until he is finally killed off in season ten when singer Isaac Hayes quits the show. 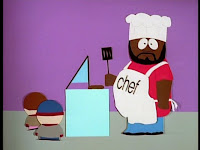 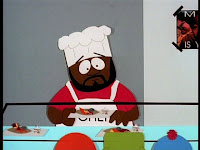 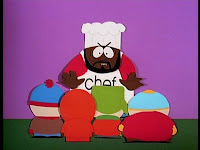 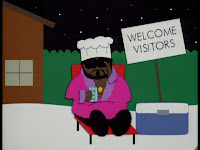 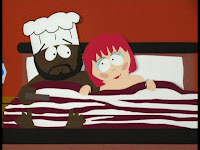 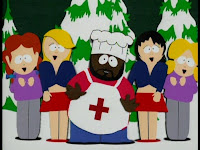 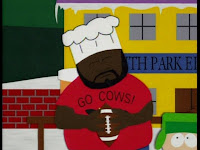 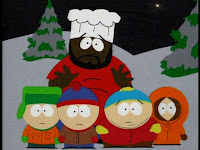 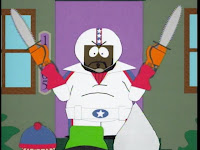 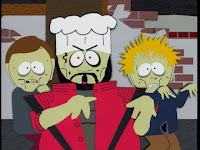 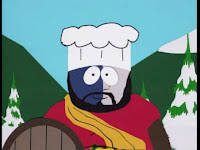 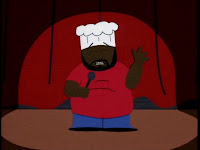 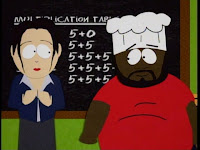 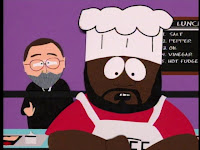 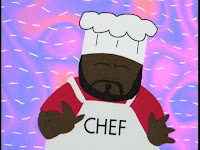 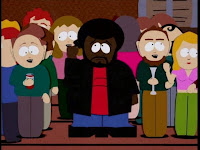