Kyle Broflovski (voiced by Matt Stone) is introduced in season one, episode one of South Park. Within the season we learn a lot about eight-year-old Kyle. First we learn that he has a little brother named Ike who he likes to play "kick the baby" with. He is raised in a Jewish home in South Park, Colorado. Kyle's mom Sheila (first called "Carol") is a total bitch and his father Gerald is a complete pushover who likes to think he has authority. He has a pet elephant named Landu who is too big to keep in the house (his poop is bigger than their couch). Every year around Christmastime Kyle is visited by a talking piece of poo named Mr. Hankey. Kyle is also the smartest kid in class (along with Wendy Testaburger) and loves to pick on Eric Cartman for being fat and stupid. He is best friends with his third grade classmate Stan Marsh and thinks whoever kills Kenny is a bastard. Overall, Kyle is a caring older brother and friend with a good heart. 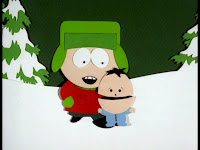 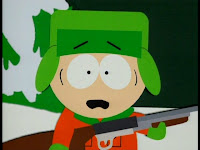 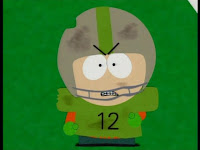 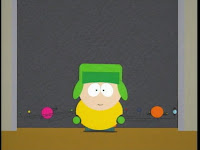 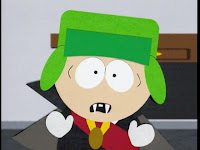 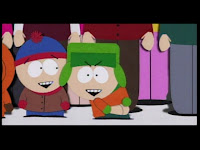 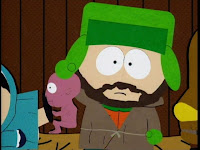 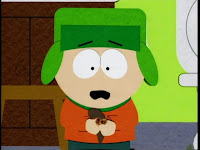 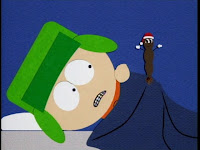 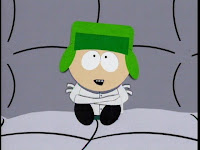 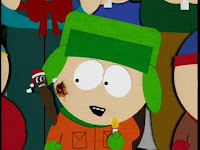 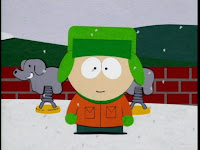 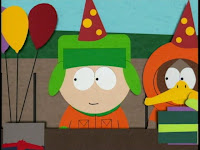 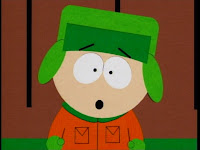 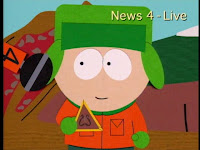 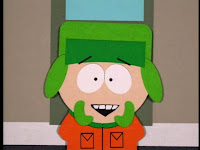 Want more posts on specific South Park characters? Comment and suggest! Also, you are always free to use the images I capture for my blog. Please just credit me with a link to my site.