Here are some more Chuck Jones shorts that are in my top ten favorite Looney Tunes cartoons of all-time:


"Rabbit of Seville" (1950)
Behind the Hollywood Bowl stage which is playing the opera, The Barber of Seville, Bugs Bunny flees into the backstage area with Elmer Fudd in close pursuit. Seeing his opportunity to fight on his terms, Bugs raises the curtain on Elmer, trapping him on stage. As the orchestra begins playing, Bugs comes into play as the barber who is going to make sure that Elmer is going to get a grooming he will never forget. -- Kenneth Chisholm (IMDB.com) 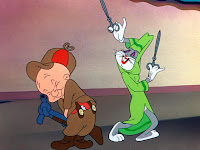 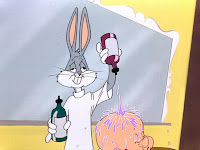 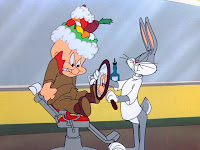 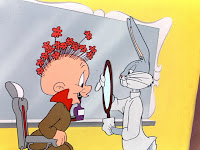 "Hair-Raising Hare" (1946)
A wind-up toy in the shapely shape of a female rabbit lures Bugs Bunny out of his rabbit hole and into the castle of an evil scientist who looks exactly like Peter Lorre. The scientist wants to feed the rabbit to his huge, sneaker-wearing monster. The beast, completely covered in orange hair, is frightening enough to leave our hero temporarily speechless - forcing him to hold up a sign that says, "Yipe!" But Bugs Bunny is not easily cowed, and soon the wily rabbit is disguising himself in turns as a lamp, a chatty manicurist, a figure in a framed portrait and a knight on a charging horse, tricking and frustrating his nightmarish opponent at every turn. -- J. Spurlin (IMDB.com) 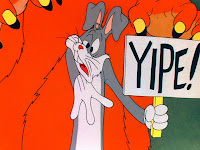 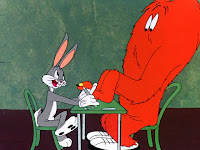 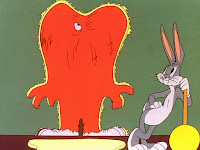 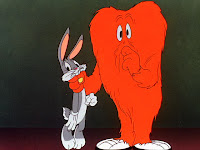 "Duck Amuck" (1953)
Daffy is harassed by an unseen, trickster animator, who keeps changing backgrounds on him, messes with the soundtrack, switches props and humilates him with buffoonish costumes. -- Paul Penna (IMDB.com) 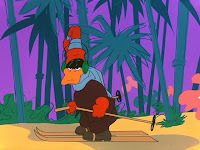 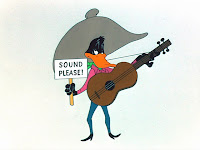 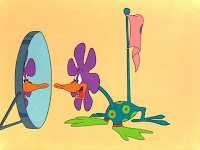 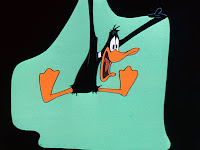 "Scaredy Cat" (1948)
Porky and Sylvester spend the night in an old dark house, whose horrors only Sylvester sees. His repeated attempts to save Porky from the ghoulish doings of the killer mice infesting the place only make the skeptical Porky all the more convinced of Sylvester's cowardice. -- Paul Penna (IMDB.com) 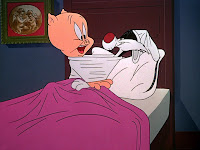 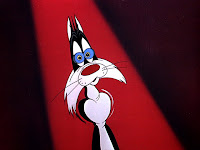 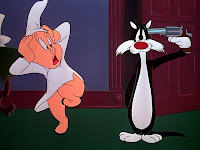 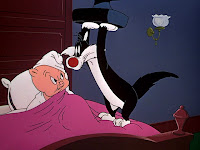